New York City. Whether it’s for pleasure or business, millions of people travel to visit New York City every year. NYC is the only city where you can enjoy the best food, see the broadway show, visit the famous museum, and much more all in one place. The Big Apple. NYC is widely considered one of the most exciting cities in the world, and with good reason. It’s the city that never sleeps; there is always something to do, always somewhere new to explore, always something exciting and new to experience. NYC is a hub for global culture, international trade, and some of the most exciting business that happens anywhere in the world.

This amazing city is filled with fun, entertainment, and pleasure, yet at the same time, it’s one of the busiest cities in the world. Therefore, booking your airport car service in New York ahead of time can save you from a headache. JFK and LaGuardia are the major airports closest to NYC. Newark International Airport and Teterboro Airport are also close enough that some flights may land there. Other nearby airports include the Westchester Airport, MacArthur Airport, and the Republic Airport. We can send a limo to New York City to pick you up at these arrival destinations. Our Limousine and Airport Service is proud to offer point-to-point service, helping you move between these departure and arrival points if you need to make a connecting flight across town. 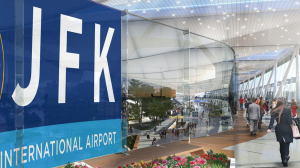 No stay in NYC is complete without spending your nights in one of the best-known hotels in the city. Whether you’re traveling for business or looking to experience what the city has to offer for pleasure, our limo service can drop you at the doorstep of your home away from home. We commonly provide airport service to The Plaza, Ritz-Carlton, St. Regis, Waldorf Astoria, and many more of NYC’s most prominent landmarks. We’re also happy to provide car service and ground transportation to any of the smaller hotels in the city. When you need a limo in New York City, we know the city like the back of our hand. We’ll be sure you arrive at the right destination safely and on time. 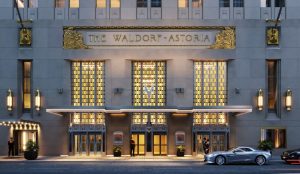 Eating in style is a big part of the New York experience. NYC Cuisine drives this city, and you’ll find offerings from some of the best chefs in the world here. Nobu, Le Circe, Le Bernardin, Masa, Daniel, Alain Ducasse at the Essex House, Per Se, and Del Posto are well-known names with offerings here.

What To See While You’re Here

There’s so much to do in New York, and our limousine service can ensure you get in as much sightseeing time as possible without worrying about navigating the foot traffic or getting caught in the car traffic. We can take you to the Metropolitan Museum of Art, the Guggenheim, the Lincoln Center, the Empire State Building, the World Trade Center, the Freedom Tower, Rockefeller Plaza, and more. In the wintertime, having a limo car service in New York City is even better because you can navigate the city without the bitter cold. We’ll be happy to drop you off right in front of the famous Rockefeller Christmas tree. 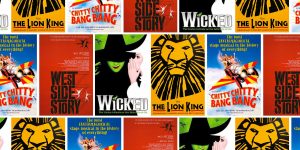 Being in New York, you must experience shopping and the arts. New York is known for Broadway Shows, and there’s nothing quite like rolling up to a Broadway performance in your limo or black car service. We make it easy to enjoy yourself when shopping along 5th Avenue, downtown in SoHo, or even in the traditional and offbeat Village. Let our chauffeur carry your bags while you are in New York!

Welcome to New York Penn Station, the country’s most prominent and stunning train station. The Train Station remains the busiest train station in North America. As the central intercity railroad station, Daisy Limo service has ensured you access to reliable car and limo service to New York Penn station. The Penn Station and Moynihan train hall are located in midtown Manhattan where you can access the fantastic city any time of the day. A typical car ride from Penn Station to LGA takes 25 minutes, but JFK is 45 minutes when traffic is light, whereas Newark is 50 minutes.

When you visit NYC, you have to experience the different neighborhoods. The city is a cultural melting pot; you can find almost any food here, and depending on where you go, you can feel like you’ve stepped into an entirely different country. Chinatown and Little Italy have strong ethnic ties to their heritage countries. Chelsea and Greenwich Village have a unique New York vibe. And if you’re looking for non-stop action, look no further than the Financial District.

Make sure you take the time to tour Central Park and the Bronx Zoo! Complete your experience with a night at the Garden – Madison Square Garden. You can see the Knicks, Mets, Jets, or one of the many other New York sports teams play.